I grew up in Long Island, NY, and attended Franklin Pierce College in Rindge, NH where I graduated in 1975 with a Bachelor of Science in Biology. I then studied veterinary medicine at Araneta University in Manilla, Philippines. I graduated in May of 1979 and then began working at a surgical referral practice in New York, Flushing Animal hospital. I relocated to Maryland in 1981 when I met my wife Robin. Shortly after, we opened the North Laurel Animal Hospital.

I feel it is important to meet the highest standards of performance and practice of the industry. Accordingly, I am a member of the American Veterinary Medical Association (AVMA), the American Animal Hospital Association (AAHA), the Eastern Veterinary Orthopedic Society (EVOS), the Veterinary Orthopedic Society (VOS) and the Maryland Veterinary Medical Association (MVMA). I have also been a managing Board Member of the Emergency Veterinary Clinic in Catonsville, Maryland since 1990. I was in the first group of 50 veterinarians trained in the world for Penn H.I.P Certification. This diagnostic tool will indicate your dog’s susceptibility to hip dysplasia.

My family has many animals at our home I care for our dogs (Sullivan and Stella) while my wife looks after the birds, turtles, lizards and many other animals we live with.

In my spare time I enjoy exercising, golfing, ice hockey and spending time with my wife Robin and my son Andrew. I previously coached my son’s hockey teams, however, he is no longer playing so we both keep active in hockey by volunteering with Special Hockey Washington, a group dedicated to helping physically and mentally challenged people to play hockey. 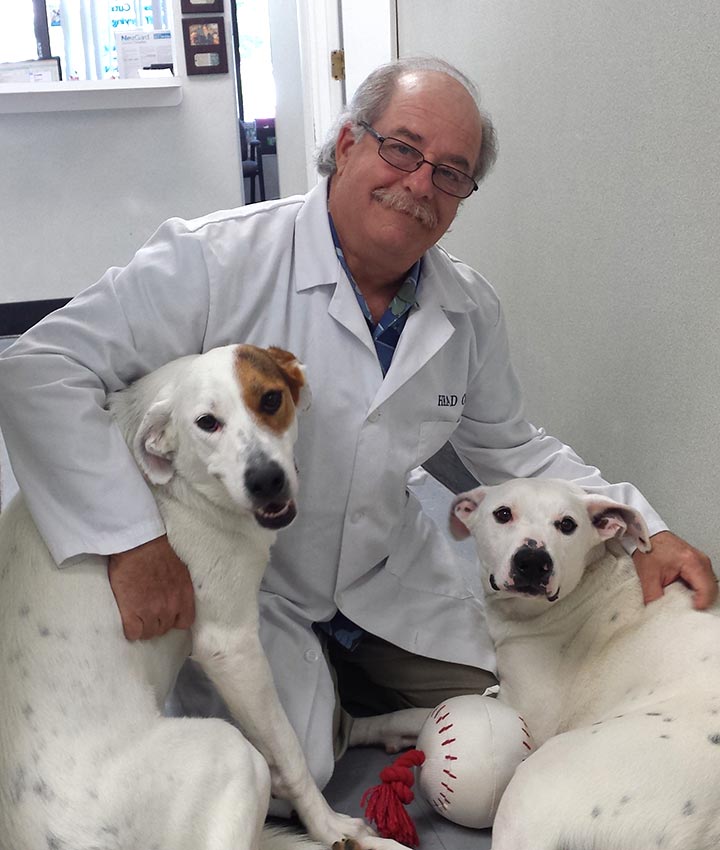